Have you heard of dictogloss? If your answer is no, don’t worry. In this post, I’m going to describe the procedure, list its benefits and potential pitfalls and finally show you a practical example of how I used dictogloss with a Business English class. Perhaps when you finish reading, you’ll be triggered to give it a go!

Also called grammar dictation, dictogloss is a task-based procedure that involves reconstruction of a dictated text while trying to capture the information content as accurately as possible (see Wajnryb, 2013). The text could be dictated twice according to the author, but I usually dictate it three times for better results.

Here is a suggested procedure: 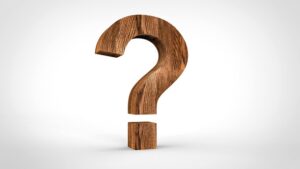 Why should I use dictogloss?

To begin with, it’s interactive and collaborative. Text reconstruction, analysis and discovery is a sequence that enables learners to notice their linguistic gaps. This means there is minimum teacher intervention, which is crucial; ideally, we want to step back and promote learner autonomy when teaching adults.

Another benefit of dictogloss is that it helps practise all four skills. Here’s how:

• Listening is practised during the dictation AND when learners are interacting later. They are listening to each other and meaningfully trying to communicate, which is why we should have an English-only rule here.
• They practise note-taking (writing) when listening, as well as spelling, syntax and sentence structure when reconstructing the text.
• Speaking is common when they are interacting with each other negotiating meaning and putting the text together.
• Finally, they’ll be reading a lot as they compare their own texts to the source texts.

Moreover, although it was introduced as a grammar dictation, dictogloss can help students improve their knowledge of lexis and phonology. For example, it can enable noticing and learning collocations, binomials, trinomials or other lexical chunks; furthermore, learners are likely to repeat the whole chunk as an item in the reconstruction phase. Finally, as Wilson (2003) wrote, dictogloss raises awareness of features of connected speech and other fast speech phenomena, helping learners compare the written to spoken form.

“Looks good on paper, but how can I actually use it??”, you might ask.

I chose a graph, but you can use charts, or any other visual content that might be used in presentations. Most of the time, you can find them and the relevant texts in coursebooks or authentic materials. (Or how about an infographic? Read our article here for more inspiration! – Ed.)

I then followed these steps 1-5:

Step 1: As a lead-in, students tried to make sense of the graph and what it is about. Then, they did some brainstorming, e.g., think how they would describe what they see in their own words.

Step 2: I read the text that described the trends depicted in the chart. I told them it was someone’s notes when describing these trends in their presentation. Remember you can also play it as an audio clip. They followed the steps as mentioned above.

Step 3: Students formed groups of 3 or 4, compared their notes and reconstructed the text together.

Step 4: Finally, I projected the text on the whiteboard. They compared it to theirs and noticed their errors. You can also give them a copy of the text if you cannot project it.

Step 5: I elicited which parts they found difficult. Some of their gaps included unfamiliarity with the content words (peak, drop), or the prepositions they collocate with (at, by, off), as well as the weak forms of the preposition in fast speech.

(Extension): Focus on form, meaning and pronunciation. I usually extend this stage with some practice activities. For example, I asked learners to copy the form of the collocations in their notebooks. Then I asked them to categorise these collocations depending on what they describe:

Finally, I highlighted stress and any connected speech happening between words.

Next, I gave my students new graphs and charts, and asked them to practise using the phrases they had learned.

What do you think? Will you give dictogloss a try?

Or have you used any of the other techniques in our Journal, such as Motivating Students with Rhythm and Rhyme?

Let us know in the comments! 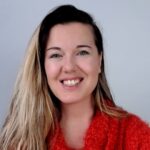 Rachel is a DELTA-qualified teacher and trainer from Athens, Greece.  She has taught General, Exam and Business English in the UK, Malta, Croatia, Spain and Germany. As a huge advocate of reflective practice, she shares her thoughts about teaching and training on her blog, The TEFL Zone.

Rachel is a DELTA-qualified teacher and trainer from Athens, Greece.  She has taught General, Exam and Business English in the UK, Malta, Croatia, Spain and Germany. As a huge advocate of reflective practice, she shares her thoughts about teaching and training on her blog, The TEFL Zone.

Giving feedback is one of the most underrated parts of language teaching,
As hosts of the Easy English YouTube channel, Mitch and Isi are
IATEFL associate members are groups who are affiliated to the organisation and
What is neurodiversity and how does it affect language learning? How can
With language teaching and coaching increasingly overlapping, being able to help your
This website uses cookies to improve your experience. We'll assume you're ok with this. Unnecessary cookies are disabled. Accept Read More
Privacy & Cookies Policy