One stereotype of teaching is that it is a busy life, buried beneath piles of lesson plans, timetables and grammar books. Swapping out these for nappies, toys and laundry, we find a not-too-dissimilar stereotype of parents… and when the two collide, we find ourselves in a very chaotic world indeed.

How does one balance the demands of teaching and parenting? The Eltabb Journal set out to investigate – and our first subject is Shaun Trezise, a new father raising a child with a very diverse linguistic heritage…

There are many things I have done via video chat that I would have thought highly unlikely a couple of years ago. Playing quizzes with Eltabbers, teaching my university courses and leading other classes – all are directly connected to the pandemic and our responses to it. What I could never have imagined is that I would have to witness the first month of my son’s life through the same medium.

Due to a combination of factors, namely Brexit, covid and visas, I have had to take my first steps into fatherhood from 15,000km away. The hundreds of hours of online classes I have taught since March last year are no kind of preparation for meeting your first-born this way, although I take heart from the fact that he probably can’t see me too well yet. When we talk on the call, he doesn’t have too much to say – and only occasionally looks terrified to see my face beaming at him from the other side of the world. 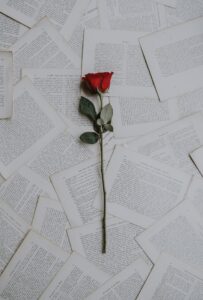 A rose by any other name

My main task during the pregnancy was to come up with a name. I wanted something that reflected my Cornish heritage but wouldn’t be too mangled by a German or Filipino tongue. My son is going to be at least a third-culture kid and I wanted to help by not forcing him to exasperatedly explain his pronunciation his whole life. My surname will give him enough headaches! I spent most of the 9 months considering, debating and essentially focus grouping name suggestions, before checking with my wife – and her power of veto.

Trying to consider three pretty disparate languages simultaneously, I researched historical names and read dictionaries with the aim of finding a good fit. Names beginning with J, like Jowan were considered but dismissed because of the amount of ways it could be said. No one could agree on how it should be said, even within my friends and family group. Tristan is maybe the most classical of Cornish names, but the 3 T’s, when combined with my surname, just took it over the edge of plosive acceptability. Branok is an old Cornish name that was very well liked by all of my family, and had made it through to the final stage. When my wife heard it for the first time, she started laughing and told me that’s the noise a chicken makes in Bisaya, her native language.

When her labour started we still didn’t have a name and so I made the decision to abandon my Cornish roots and look for something that would be able to pass the veto. In the end – and believe me this is the short version – we decided on a name that had significance in Cornish (‘much loved’) and Filipino (‘king’) but wouldn’t be a hindrance to a German speaker (or any other nationality, hopefully). So in September we welcomed Hari into the world and rejoiced at the fact that we had finally found a name for him. 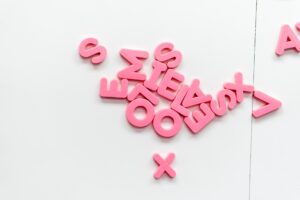 I am choosing to think of this as a warm up for some of the tribulations that will come as a result of raising a multilingual child in a country that neither of his parents come from. I am an English speaker who has passable German. My wife speaks Tagalog, Bisaya, and English fluently but very little German. Hopefully he grows up as a fluent speaker of all of those and more, but it is hard to know the right way to approach it. His Lola (maternal grandma) doesn’t speak much English – whilst his Nana (paternal one) speaks only English.

Do we need strict borders between the languages, or can we allow him to figure it out on his own? How is he going to do in school when German isn’t a language spoken well at home? Will he want to keep his linguistic connections to his forebears or will he immerse himself in German surroundings. Should we teach him or let him learn as he wishes?

All this is probably a bit too far in the future; he can’t currently hold his head up on his own, let alone converse in multiple tongues. But I am working on the assumption that if it took 9 months to choose his name, we probably need to allow a while for choosing his language.

If you liked this article on being a new parent and a teacher, head over to Part 2 with Sherri Williams here.

A Berlin based corporate English trainer who has been working in Germany for the past eight years. Freelance for a long time, I have just recently been employed by a language based non-profit. Writing about English related topics in a variety of places but most of it ends up at www.englishonline.training

A Berlin based corporate English trainer who has been working in Germany for the past eight years. Freelance for a long time, I have just recently been employed by a language based non-profit. Writing about English related topics in a variety of places but most of it ends up at www.englishonline.training

2022 was a mixed bag for us all, with many tumultuous events,
You’ve made it through 2021, and so has ELTABB! Despite the continued
Last month, Sean Trezise told us about the minefield of naming and
After being awarded the ELTABB scholarship fund last spring, Annie Heringer attended
English teachers are both a creative bunch and frequently self-employed, and thus
This website uses cookies to improve your experience. We'll assume you're ok with this. Unnecessary cookies are disabled. Accept Read More
Privacy & Cookies Policy